Strategy without tactics is the slowest route to victory. Tactics without strategy is the noise before defeat – Sun Tzu 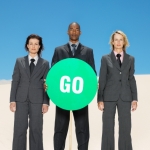 Once start-up capital is secured with the help of a well executed business plan, the most common avenue to establishing a medical office has been to select a location and start solo practice.

Given the initial cost of opening an office in today’s competitive climate, this may not be the most practical method to pursue.

Fortunately, as we have seen, there are other options available to the healthcare provider, which include the following:

Nevertheless, the success of most every aspect of the above models may-be increased by creating a strategic-operating plan that considers some of the many features below.